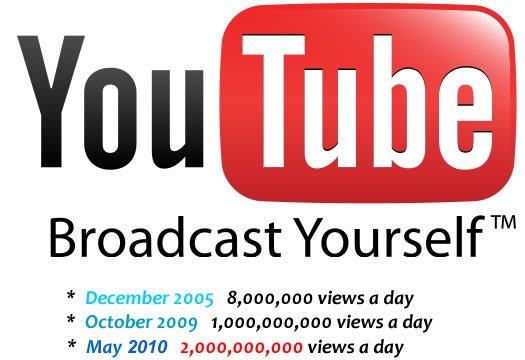 The world’s largest video sharing website, Youtube.com, has just set another record. Google reported that the website is currently getting 2 billion hits a day. Also, on an average a user spends at least 15 minutes a day watching videos in Youtube. The website has come a long way, starting from the first video uploaded featuring co-founder Jawed Karim who posted a 19 second video on April 23, 2005, to getting 1 billion hits a day which the website achieved by October 2009.

Probably one of the most successful day in the website’s history is when Google announced that it will buy Youtube for a whopping $1.65bn in November 2006. Of course, the website still remains as one of the most successful investment from Google’s part, as the revenue generated from Google Ads in Youtube has surpassed the 1 billion a year mark, as per a Wall Street analyst.