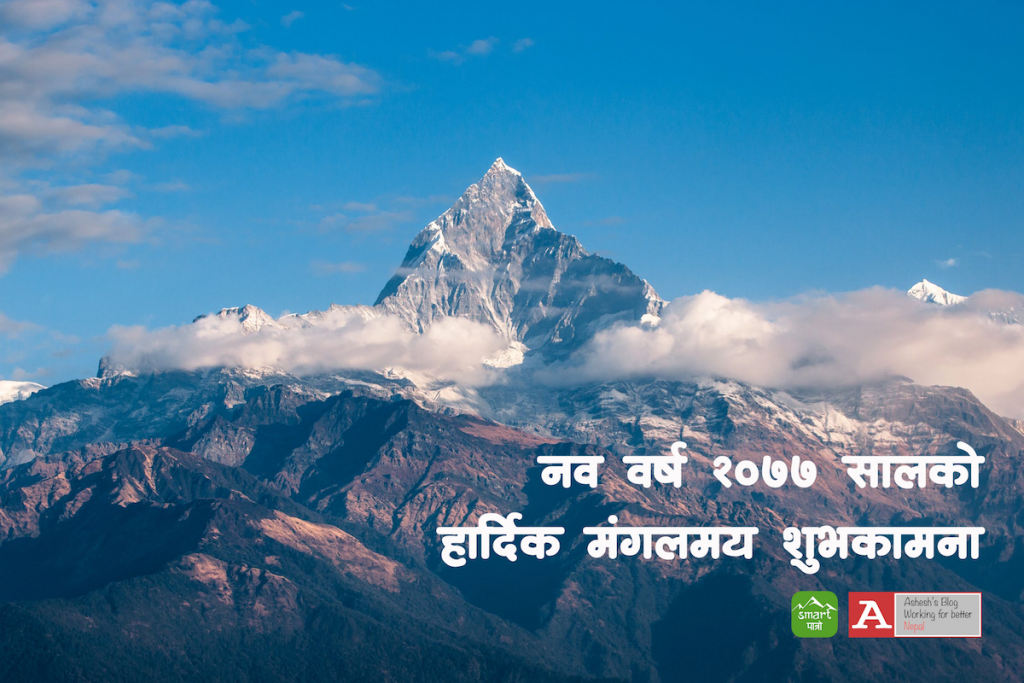 The Nepali New Year, (known as Naya Barsha or Nawa Barsha in Nepal) is the first day of the Bikram Sambat Nepali Calendar year. This is the day of 1st Baisakh, which lies in mid-April (usually this day coincides with the 13th-14th of April) according to the International Calendar, and is the very beginning of the year. Among all the nine different New Year events that are celebrated in Nepal, this is the primary one.

Why 1st Baishakh is the Nepali New Year?

We know that earth takes 365.25 days to revolve Sun, for astrological purposes, we consider earth is stationed, Sun revolves around the earth. Basically this is how we see Sun from the earth, in other words, Sun doesn’t rise on East or set on West, its only earth rotates and we think the sun rises and sets. A year on Bikram Sambat calendar follows Zodiac (ecliptic route) – 3600 which is divided into 12 equal signs, they are called as Zodiac signs or Rasi. Zero (00) to 300 is Aries, 300 to 600 is Taurus, etc. Per our astrology, Calendar start when sun enters the 0 degrees on 1st of Baishakh, which is the Aries(Mesh) and end on 360 degrees on Pisces(Meen).

Though this is the New Year of the Bikram Sambat Calendar which is followed by Hindus, since this is recognized as the official Nepali Calendar by the Government of Nepal, the 1st Baisakh is given a public holiday. This day is a religious day for most of the Hindu people, as this is the start of their religious calendar year. According to their rituals, the locals spend their time early in the morning with prayers and worships inside their temples and offer Puja which is a ritual devoted for their gods. After they present the Puja, they would walk around the temple opposing the direction of the clock as they ring bells. However, as denoted by the religious tolerance, peace and harmony in the country, all the ethnic groups, even the religious minorities celebrate the Nepali New Year to some extent.

This day marks the startup of various programs to be conducted all over the year, especially the academic and official ones. People plan picnic, tour and travel in this day. New Year is a fun day celebration. Friends and family gathers and organize picnic or day out. The celebration of the Nepali New Year comes with joyful activities that include street dances, parades and reunions all over the country. The occasion has always been enthusiastically participated and fully funded by the organizations and individuals. Parks across the country are full of people with celebration. The Nepali people living abroad also celebrate the New Year by organizing various events, especially the concerts by the artists of their own nationality.

Similar to the International New Year, the people here also make new resolutions in the New Year. Along with this, just like many other countries, they commemorate the event with the hopes of having a lot of blessings and prosperity as they face the New Year.